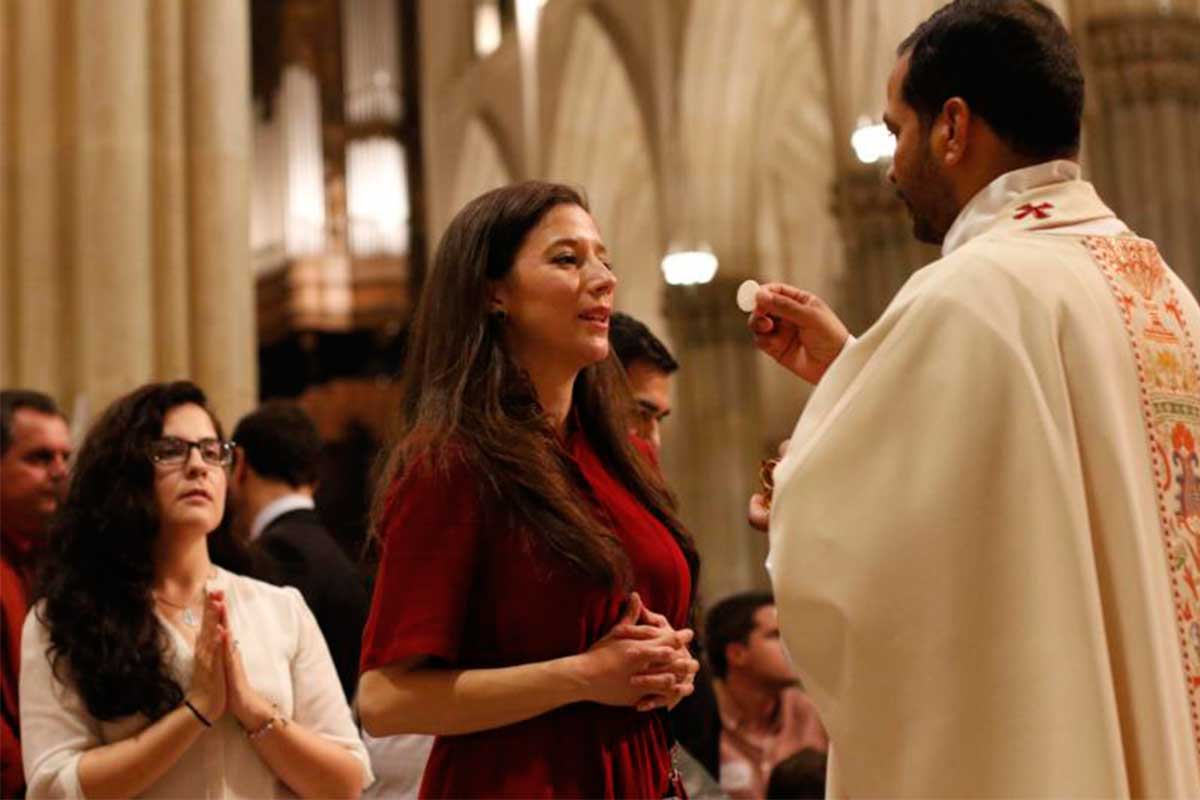 A recent conversation I had was reflecting on the experience of an individual who felt he was being continuously discriminated against and denied Communion without cause. This would happen when he would visit a church while off on business and, when the time came, he would come up for Communion. With some regularity the pastor would pass by without communing him, usually giving him a blessing. The individual thought this was being directed at him due to some sort of animosity or hatred and wanted to bring it to everyone’s attention.

What wasn’t immediately evident in all of this is that this person never talked to the pastor before the service to inform him he was an LCMS member and that he desired to commune, since this was an LCMS church. Given the background, this person had substantial theological training, which meant this should never be a problem in the first place.

Hopefully anyone who is a communicant member in the LCMS understands what it means to commune worthily. Those who approach God without desiring His grace or whose confession of faith is out of step with those around them are not following God’s ordinance and are transgressing against His holy things. If you haven’t really thought about it or have never been present for a pastor’s ordination, you may not realize that a pastor’s first duty is not to the church but to God. That probably sounds obvious, but how we conduct ourselves in church and with our pastors doesn’t always follow that sentiment.

When it comes to Communion, things get a bit convoluted. The pastor’s first duty is still to God and ensuring the holy things of God are cared for and used appropriately. That means Word and sacrament are at the top of his list. What makes that a little more difficult is that everything God does is oriented toward people. That means the pastor has to also carefully minister to the people in his care. Figuring out who should be communing and who shouldn’t in a congregation usually happens pretty quickly and, for the most part, that sorting is pretty standard and routine.

Unfortunately, visitors aren’t a part of the congregation. The pastor hasn’t built a relationship with them and, without talking to the person, has no idea whether this person should commune or not. Hopefully a visitor takes it upon himself to talk to the pastor or an elder before the service to make an introduction and give the pastor a chance to sort out the Communion question. When this doesn’t happen and the person chooses to commune anyway, the pastor is left with three general responses. 1. To commune the person anyway and try and sort out the situation afterward. 2. To engage the person right there at the communion rail and try to determine the person’s worthiness to commune. 3. Withhold the sacrament and offer a blessing instead.

None of these are good options because all run the risk of causing other problems. Withholding the sacrament from someone who is a worthy communicant means denying that person all of the benefits of Communion for that Sunday. Engaging someone at the rail runs the risk of sparking an argument if there’s a difference of opinion, which then becomes very disruptive to the conduct of the sacrament and the service as a whole. Communing the person anyway may mean communing someone who ought not be communing. None of these things should really be happening.

Your pastor has a lot of responsibility when it comes to administering the sacrament. He doesn’t want to disrespect God and he wants to care for you. Talk to the pastor before you commune at a new church. Let him know who you are, so you aren’t a stranger at the rail. Help him care for you.